Presented by the Blue Chip Foundation, Photoville designed and fabricated an old school bus and produced it into a traveling exhibition, featuring photos from The VII Foundation. The exhibition travels to high schools in the United States, supporting a classroom curriculum program developed by Generation Human Rights. 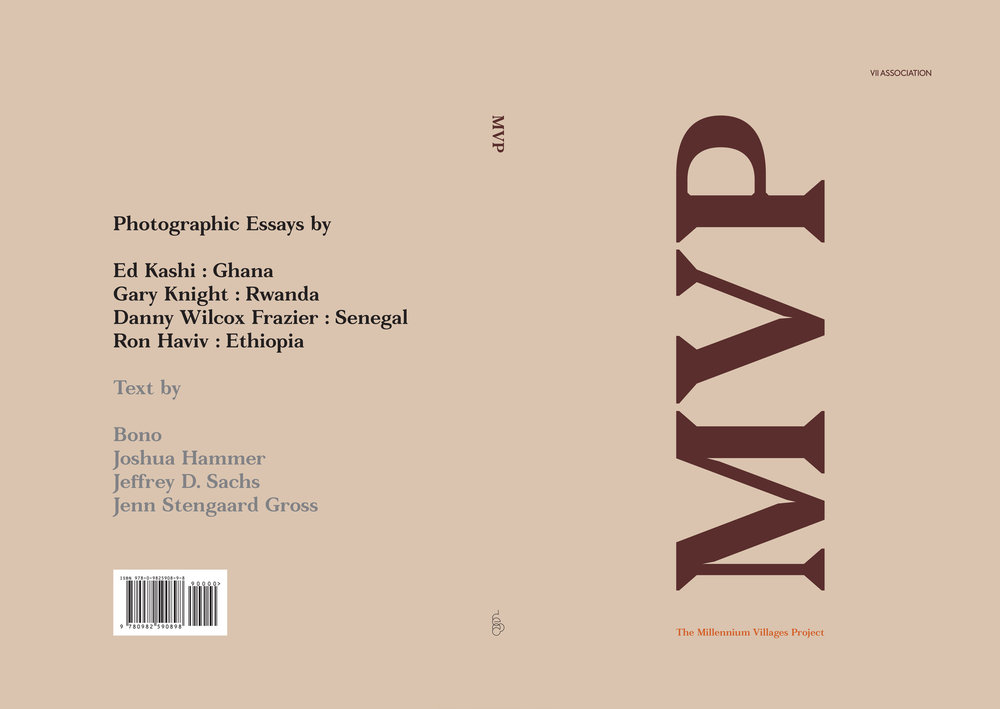 Funded by The Blue Chip Foundation

Blue Chip Foundation, founded in 2015 by Jennifer Gross, focuses on alleviating extreme poverty in the developing world by empowering the global community and strengthening economies through sustainable development initiatives.

The MVP Book can be bought on Amazon here

The VII Foundation photographers and filmmakers documented life on the ground in sub-Saharan Africa’s most impoverished villages, at the close of a decade of targeted poverty reduction interventions. Danny Wilcox Frazier, Ron Haviv, Ed Kashi, Gary Knight and Fiona Turner bring to life the realities of villagers in Ethiopia, Ghana, Rwanda, and Senegal, capturing the big picture through small, intimate details and moments that personalize the experience of this vast economic development project.

The Millennium Villages Project, a brainchild of Jeffrey Sachs of Columbia University, set out to improve the quality of life for villagers living in some of Africa’s poorest locales. Ambitiously targeting multiple sectors of daily life, such as health, education, and infrastructure, the project operated on a ten-year timeline, which came to a close at the end of 2015.

The initial analyses of the ten-year-long project suggest wide successes. As Joshua Hammer, award-winning international correspondent, writes in his introduction to the MVP book: “New roads…allowed farmers to bring their crops to markets in nearby towns, building a monetized economy. In some villages, cash went to pay for solar-generated power, helping to create a sustainable electrical grid.” Of successes with girls’ education, he adds, it’s “a phenomenon that would have been unimaginable a mere decade ago.”

Through the documentation produced by the The VII Foundation visual storytellers such reports come to life. Their work includes four photo essays, accompanying films, a book, and an exhibition. The statistics from Sachs’ Earth Institute at Columbia University become more than merely numbers; this visual work gives dynamism and feeling to the people impacted by the interventions. As Bono himself writes in the foreword to the book: “While I love statistics, what calls us all are great stories and pictures like these in this book, which paint a billion words. Read them. Then take action. For there’s no time to lose.”

The films can be seen online and the book is available on Amazon. The premiere exhibition was presented at the United Nations in New York and a traveling exhibition is currently touring the high schools in the United States.